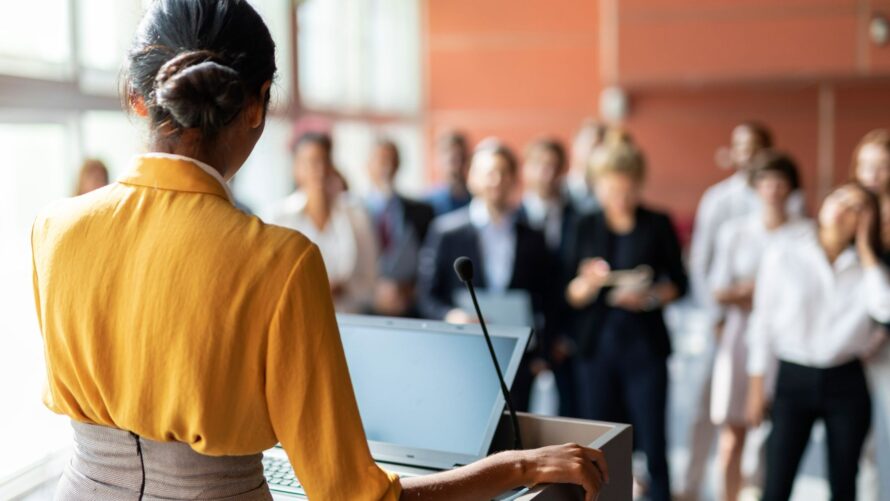 At Parkinson Canada, collaboration, partnership and supporting people impacted by Parkinson’s are at the centre of everything we do. Just as the impact of Parkinson’s is widespread, so too are the efforts of those who work to share knowledge and support one another.

When Parkinson Canada, The Michael J. Fox Foundation for Parkinson’s Research, and Parkinson’s UK expressed a common aspiration to come together alongside members of the research community, industry, government and people living with Parkinson’s, the idea for the PD Endpoints Roundtable meeting was born. The purpose of the meeting was to exchange knowledge and insights on ways that the voice of people with Parkinson’s can be meaningfully incorporated into how treatment success is measured. Because Parkinson’s varies from person to person and over the course of an individual’s journey, it’s critical to work closely with people with lived experience to understand what symptoms impact them the most, and thus should be an area of focus for treatment development.

Angelica Asis, Parkinson Canada’s VP of Research, joined Parkinson Canada’s CEO Karen Lee, Ph.D., at the roundtable. “We are excited to be involved and help facilitate these fundamental conversations that are paving the way for future research and development of much needed disease-modifying therapies for Parkinson’s,” says Angelica.

Carroll Siu, one of the attendees living with Parkinson’s, had this to say about her experience at the roundtable:

“I was particularly warmed by how welcomed I felt at this meeting. It was a privilege to be given the opportunity to share my lived experiences of being involved in patient-focused drug development and how patient involvement could impact on the future of clinical trials.”

“The room was buzzing with excitement. Everyone was open to sharing what they are working on in this area and providing critical feedback which can only be done in a roundtable format,” Angelica says as she describes an air of eagerness to contribute and collaborate.

Carroll agrees, saying, “By putting their heads together, the participants worked on strategies to introduce novel clinical outcome measures. They had useful discussions with each other and with those from the Food and Drug Administration (FDA), whose guidance were invaluable in allowing the participants to think of solutions ‘outside the box’!”

This calibre of collaboration will be a critical next step towards achieving meaningful change in the Parkinson’s space.

Raising the voices of people living with Parkinson’s in research

A great deal of time was spent dissecting the critical roles people with lived experience play in the development of tools that measure treatment effect, and how this engagement must be improved going.

To that end, attendees discussed whether patient-reporting tools, such as the MDS-Unified Parkinson’s Disease Rating Scale (UPDRS), are capturing the most meaningful aspects of day-to-day living with Parkinson’s.

Carroll lent her perspective to this discussion by sharing her experience in a clinical trial. “I shared some of the key moments in my journey of being a patient advisor with a pharmaceutical company in the development of patient reported outcome measures for Parkinson’s individuals in the early stages of their illness,” she says.

With perspectives like Carroll’s, a takeaway from the discussion was that going forward, researchers should be making a more pointed effort to involve people living with Parkinson’s and their care partners from the get-go. “They should be seen as equals alongside clinical trial design architects,” says Angelica. With improvements to patient involvement, existing patient-reporting tools like the UPDRS as well as new tools – some of which are in development now – will be better at capturing changes to health outcomes that matter most to people with Parkinson’s.

How does a more meaningful output of a patient-reporting tool impact the greater Parkinson’s community?

Regulators such as Health Canada and the United States FDA rely on data from patient-reporting tools and other markers of disease change when considering the approval of a drug. The reporting tool needs to be based on sound science as well as demonstrate that the drug can lead to significant changes that improve health and quality of life for patients. If what the tool is measuring isn’t meaningful to those living with Parkinson’s, researchers are more likely to hit roadblocks in their research which impedes the ability to bring new treatments to market. The obvious first step in this process is to incorporate people living with Parkinson’s throughout the process of developing such tools.

It’s because of the continued support of our donors that breakthroughs such as this research-focused collaboration and further patient-centric research can forge ahead for the betterment of the Parkinson’s community. By donating, you’re giving hope that a full life is still possible today, and for a future without Parkinson’s.