Improving damage detection in the brain 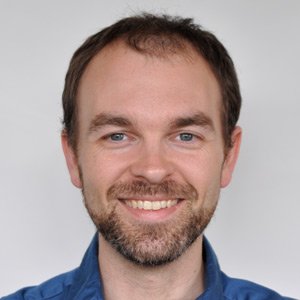 A pair of proteins, whose malfunction is associated with Parkinson’s disease, normally work together to fulfill valuable housekeeping chores within the body. They keep brain cells healthy, for example, by discarding dead or dying material inside them. But these proteins have to be tightly controlled, because if they “help” too much, they can become harmful. When they aren’t regulated, the damaged proteins end up killing the brain cells they were designed to save.

“It’s like having a bulldog on a leash,” says Jean-François Trempe, an assistant professor at McGill University’s Department of Pharmacology and Therapeutics. “You have to keep it under control.”

A decade ago, Trempe began studying Parkin, one of the most powerful of these proteins.

“Parkin is a protein that can destroy parts of the cell, so you don’t want it to be active all of the time,” Trempe says. “You only want it to get rid of the bad parts of cells.”

Parkin’s activity is controlled by another protein, a gene called PINK1. PINK1 constantly enters the mitochondrion, an internal part of the cell that oversees the production of energy. When the mitochondrion is healthy, it simply eliminates PINK1. If it is malfunctioning, however, PINK1 builds up within brain cells, which serves as a signal to Parkin to move in and eliminate them.

The disruption of mitochondrial function is a hallmark of Parkinson’s disease, which has led Trempe to regard PINK1 as a key to understanding this process. Other cells in the body are also susceptible to mitochondrial damage, he says, but they manage to recover successfully. Those brain cells that do not recover appear to be under stress, and thus are more sensitive to the loss of PINK1.

“This is what I find fascinating—why a mutation in a gene that you find everywhere only causes the loss of a subset of neurons,” he says. “This is what we think is happening.”

There are very few genes like PINK1 in the body, which makes it all the more interesting to study. If specific compounds can be identified to stabilize PINK1 so bad mitochondria are more readily detected and removed by Parkin, the result could allow these cells to repair themselves, fending off the onset of Parkinson’s disease.

“We need to confirm this idea (of cell reparation), which is why we are conducting this proof-of-concept study,” says Trempe. “It will be a tool that should lead us to some very effective strategies.”