Securing smell as a distinguishing symptom 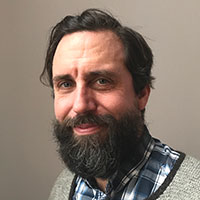 Up to 95 percent of people with Parkinson’s disease lose their sense of smell a decade or more before they develop the shakiness, stiffness or other motor symptoms that traditionally lead doctors to diagnose this illness.

But 20 percent of people in the general population also lose their sense of smell, from other causes.

If researchers could pinpoint which people who lose their sense of smell will get Parkinson’s, they could create a diagnostic tool to help people seek treatment years earlier.

Laying the groundwork for that early screening tool is the goal of Professor Johannes Frasnelli, a neuroscientist at the Université de Québec á Trois-Rivières.

Frasnelli and his team are investigating another chemical sense linked to smell, called the trigeminal system.

“This sensory system allows us to perceive the spiciness of hot pepper or the freshness of mint,” Frasnelli says.

“I want to know to what extent looking at the sense of smell helps us to understand how the brain works, and how different parts of the brain work.”

Although people with Parkinson’s can’t smell other scents, they can still identify the freshness of plants like eucalyptus, or the spiciness of chili peppers, he says.

In people who have lost their sense of smell for other reasons, however, the trigeminal system is also affected.

That distinction could help Frasnelli identify people who will go on to develop Parkinson’s.

He’s using Magnetic Resonance Imaging to scan the brains of three groups of people: those who already have Parkinson’s, people who have lost their sense of smell due to other causes than Parkinson’s, and healthy people.”

Frasnelli expects to find a different pattern of brain activity in each of the three groups of people.

Based on that work, he hopes to create a simple, accessible test that could be administered in a doctor’s office to trigger more in-depth examinations for Parkinson’s.

If people could be diagnosed early, it would allow them to one day get treatment before most of the cells in the area of the brain that controls movement are damaged or lost.

Frasnelli’s interest in Parkinson’s disease started when he worked in a retirement home in his native Switzerland, where he met many people with Parkinson’s. When he came to Canada for post-doctorate work, he pursued a research career focused on the way sense of smell leads to an understanding of how the brain works.

“I know a lot of people with the disease, and relatives of those people, and I see how difficult Parkinson’s disease is,” Frasnelli says.

“It’s important to invest in this research to provide better quality of life and better care for patients in the future.”

How your support made this research project possible

On the importance of funding from Parkinson Canada: “It’s the generous support for pilot grants that really helps us to come up with studies that have a certain statistical power, that allow us to look into our research question with a certain depth,” Frasnelli says. “This is crucial to allow us to go to the big granting agencies to apply for the larger grants.”

This research follows “a straightforward path” from earlier research Frasnelli conducted to look at the electrophysiology of the brain and impairments that people with Parkinson’s disease have in their olfactory system.

Frasnelli is also interested in following COVID-19 patients long-term, because of the fact many of them lose their sense of smell while infected with the SARS-CoV-2 virus. “This is speculation, but it may be that in 10 or 20 years, we will see some patients that have COVID now will have Parkinson’s symptoms.”